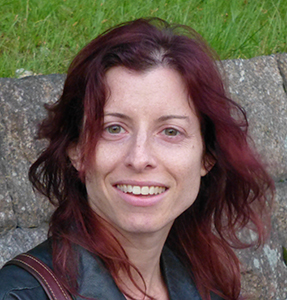 Shana Salaff lives in Fort Collins, Colorado. She is a studio potter as well as a frequent contributor to Pottery Making Illustrated and Ceramic Monthly Originally from Toronto, Shana received a diploma in Ceramics from the School of Craft and Design at Sheridan College in Oakville, Ontario, and a Bachelor of Fine Art from the Nova Scotia College of Art and Design, in Halifax, Nova Scotia, in 1998. She became a studio potter for 7 years, running Wareshana Pottery in Halifax. Returning to academia in 2005, she earned an MFA in Ceramics from California State University, Fullerton. After graduation, she was artist-in-resident at Art 342 in Fort Collins, where she fell in love with the area. After a second residency, at the PauKune Wanner Art Haus in Severance, CO, she moved into Fort Collins. Currently Shana is a studio potter who teaches workshops and classes in the area.